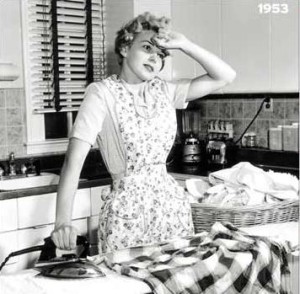 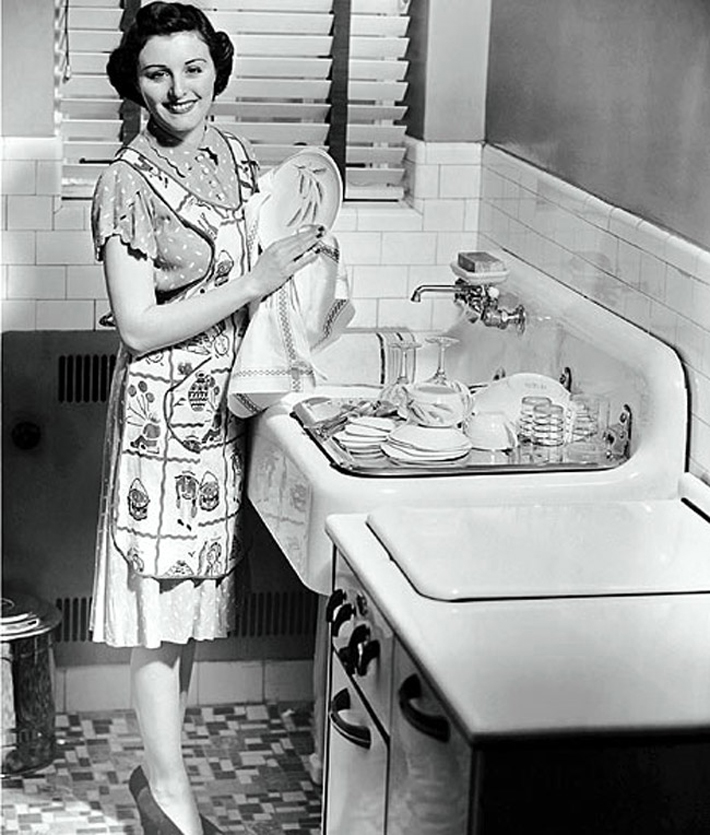 So, as you may have guessed, 1950s Housewife Day has come and gone.  It was a learning experience, one I hope to repeat…a long time from now.  No, I have no pictures or visual documentation of any kind.  Strike 1, I know…
Before I get into it, let me just say, the day was a bit doomed from the get-go.  I had been suffering with seasonal allergies that left me fatigued and cloudy-headed and…uh…let’s just say my “monthly visitor” arrived unexpectedly that very morning.  Thus, I started the day as a zombie.  But it actually started well…pretty well, anyway.
5:00 – Alarm.  Nope.
5:15 – Alarm.  Not quite.
5:30…ish – Up.  Coffee #1 in hand, I am ready to start the day.
6:20 – My eldest awoke.  Perfectly content with some crayons and puzzles.  Mother.of.the.Year.
6:30 – Out of the shower, coiffed, and ready to go.  Dress, Spanx (my girdle for the day), heels, and hair…up (I realized I don’t own a curling iron or curlers a bit late).  A note about Spanx:  I was convinced the pair I had was too small.  Getting them on required a wrestling match with myself that involved me hurtling myself all over the bedroom.  Once you get them on, however, they’re actually surprisingly comfortable.   I had gotten a mani/pedi the day before.  Cherry-red fingers and toes?  Check!
I started on breakfast.  I was going to do a full-on spread, as was most common – eggs, potatoes, pancakes, toast, juice, bacon, sausage, ham – BUT, our family doesn’t typically eat much pig, nor are we big breakfast people.  So I settled on eggs and toast.
I woke my husband in an apron with a sing-song voice that would have made any Disney princess envious.
“Sweeeeeetheart, breakfast will be ready soon!”
At least I thought I woke him.  Twenty minutes later, he was still out cold, and my voice was suddenly much deeper.
“What?!  You better get out here and eat this before it gets cold or so help me!”
Needless to say, moments later, the entire family was gathered at the breakfast table.  The perfection of the moment was shattered when my daughter announced, “Mama, I no like it.”  She doesn’t like eggs.  At least not in this pure, beautiful form.  She prefers them as a solid gelatinous round mass topped with a slice of cheese and sandwiched between a bagel.  She concentrated on her toast and milk, while my younger daughter just dropped eggs on the ground.
“Can you get me my paper?”  my husband barked, amused, motioning to his tablet.
“Yes, dear!”  I sang, as I kissed him on the cheek.  He read about the day’s events, ignoring me.  Jerkface.  Oh, the lonely 50’s housewife.  I channeled the iconic goddess for strength as I cleared plates and started washing the dishes for the first time that day.  Somehow, I was already starting to feel exhausted…Coffee #2, where are you?

Let’s admit it – one of the funniest things about the distant past was how un-PC it was.

Without further ado, I bring you inappropriate advertisements: 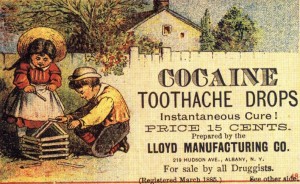 Instantaneous cure indeed.  Thank God we now know what cocaine does to the teeth, let alone the rest of the body… 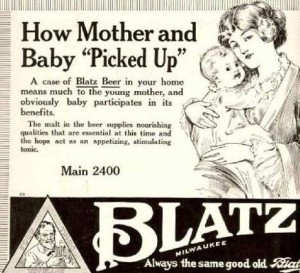 If the cocaine works for toothache, beer for babies is another natural choice… 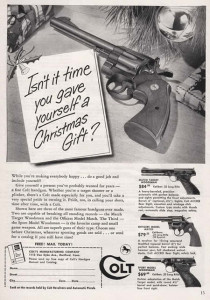 Golly, a Colt handgun for Christmas!!  What could be better?? 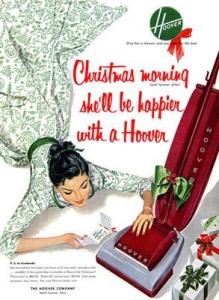 A vacuum cleaner!  YES!!!  I know what I’ll be doing when everyone’s gone sledding… 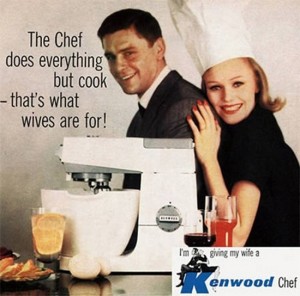 Always thinking of the little lady, weren’t they??  So sweet… 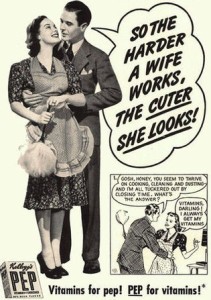 See?  Because they LOVED cooking and cleaning so much it even made them “cute” (but not beautiful).  And that was good enough, somehow.  Hmm, where did this blatant lack of self-worth come from?? 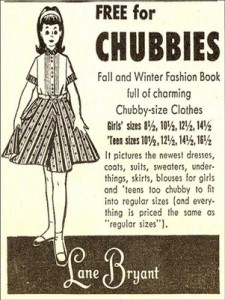 Ah, yes…it was ingrained from an early age.  Get these little “chubbies” on diet pills, STAT!  Maybe the problem with this rampant childhood obesity comes from watching too much TV… 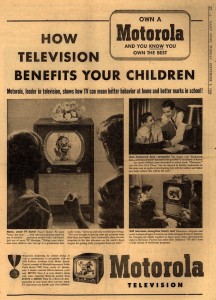 Lastly, it’s late.  The kids are in bed, I feel like curling up in bed with my loving husband, and… 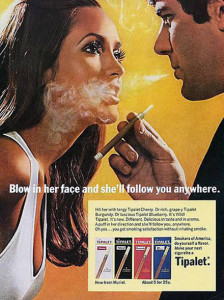 Um, okay.  Well, that’s not really what I had in mind, Sweetness, but you know best…

But then that’s not really it at all, is it?  Those are just weak excuses.  And I realize it now.  I have been procrastinating.  1950’s Housewife Day has me shaking in my all-too-comfortable tennis shoes.  Which I realize is ridiculous.  It’s 24 hours, for crying out loud.  And it’s not like it hasn’t been done before.  Women all over the internet have blogged about the silly fun they had as a 50’s housewife for a day.  But they are not me.

I’m not a girly girl.  I don’t “do” my hair in the morning.  I let it air-dry and I’m out the door.  If I do that.  Sometimes I just leave in the messy bun I put in so I wouldn’t get my hair wet in the shower.  I don’t wear skirts or dresses – why would I, when there are shorts and tee-shirts?  I wear jeans to work and dinner.  I use the same purse/shoes until they fall apart and I have to buy new ones.  I can’t remember the last time I painted my fingernails.  Yep, sexy – I know.  So becoming the ultimate female icon for a day seems daunting, to say the least…

That being said, I would also like to say, I would like to formally announce that Monday, May 2nd will be…(trumpets, please!) 1950’s Housewife Day!!  Prepare yourself.  And send me all the suggestions, tips, and guidelines you have in the meantime…yikes…

Last thought, do I really want to broadcast this fairly embarrassing info about myself on the internet??
And…save.

My name is Courtney.  I am a married mother of two with two dogs living in the suburbs of Tucson.  And that would be the only similarity between myself and a 1950’s housewife.

I work part-time, eat most meals over the counter, and have no problems with the fact that my husband does his own laundry.  I like Radiohead, Wes Anderson films, and I used to like to travel, back when it didn’t take two carloads of crap for a weekend vacation.  I have a very small tattoo, I abhor going to the mall, and I don’t cook as often as I’d like to.

On the other hand, I’m kind of an old soul.  I’m learning to quilt, and I have been know to exclaim things like “Jeesum Crow!” and “Criminy!”  (I am also currently trying to bring back “Hell’s Bells!” and “What a maroon!”)  I have researched my family tree for years, and have an unwavering fascination with the recent past, especially in regards to the women that walked before me.

Thus, I am using my Etsy shop and this accompanying blog to explore the relics left behind by generations of female pioneers who paved the way for the way of life I enjoy today.  And in this way, I hope to give a silent nod of appreciation.  Thanks, ladies…